Psilocybe Mexicana is a psychedelic mushroom. Its first known usage was by the natives of North and Central America over 2,000 years ago. Known to the Aztecs as teotlnanácatl, from the Nahuatl teotl (“god”) + nanácatl (“fungus”). This species was categorized by French botanist Roger Heim.[1]

It was from this species that Dr. Albert Hofmann, working with specimens grown in his Sandoz laboratory, first isolated and named the active entheogenic compounds psilocybin and psilocybin. Uncertain of whether or not the artificially cultivated mushrooms would retain their natural psychoactive properties, Dr. Hofmann consumed 32 specimens. The following is his account of the experience, published in his classic text, The Botany and Chemistry of Hallucinogens:

As I was perfectly aware that my knowledge of the Mexican origin of the mushrooms would lead me to imagine only Mexican scenery, I tried deliberately to look on my environment as I knew it normally. But all voluntary efforts to look at things in their customary forms and colours proved ineffective. Whether my eyes were closed or open, I saw only Mexican motifs and colours. When the doctor supervising the experiment bent over me to check my blood pressure, he was transformed into an Aztec priest, and I would not have been astonished if he had drawn an obsidian knife. In spite of the seriousness of the situation, it amused me to see how the Germanic face of my colleague had acquired a purely Indian expression. At the peak of the intoxication, about 11⁄2 hours after ingestion of the mushrooms, the rush of interior pictures, mostly changing in shape and colour, reached such an alarming degree that I feared I would be torn into this whirlpool of form and colour and would dissolve. After about six hours, the dream came to an end. Subjectively, I had no idea how long this condition had lasted. I felt my return to everyday reality to be a happy return from a strange, fantastic but quite really experienced world into an old and familiar home.

This mushroom is in the species Mexicanae. Other mushrooms in the genus include Psilocybe atlantis and Psilocybe samuiensis. Ramirez-Cruz et al. (2013) considered Psilocybe acutipilea from Brazil to be a possible synonym of Psilocybe mexicana, in which case it would be the senior synonym, but the type specimen was too moldy for them to be certain.[2]

Psilocybin mushrooms , widely known as “magic mushrooms”, are psychoactive mushrooms famous for their powerful visionary and spiritual effects. They are commonly found in humid and tropical areas, but they grow and are cultivated all over the world.

Psilocybin truffles , on the other hand, are the lesser-known form of psychedelic mushrooms, the full growth of which in nature requires very specific environmental conditions. Their scientific name is sclerotia, and they are clumps of mycelial strands that harden underground, if the ambient temperature and humidity do not allow them to rise to the surface. 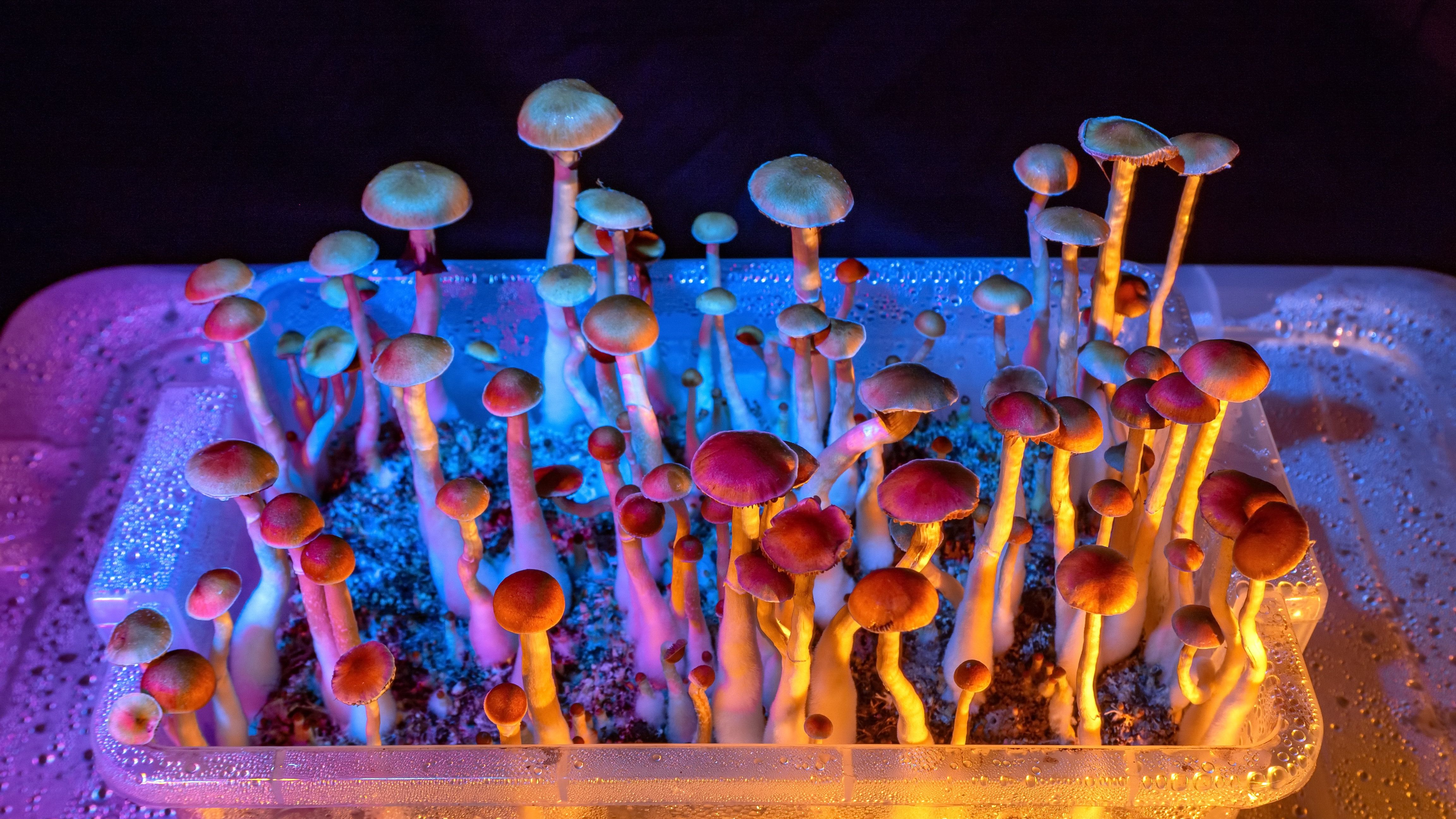 The stages of growing Psilocybe mexicana

This guide compiles the steps for growing Psilocybe mexicana that will develop truffles more technically known as sclerotia.

Preparation of the substrate

When growing magic mushrooms, choosing a substrate is an important decision. A substrate is any substance where mycelium can grow. Many different materials can be considered as a substrate – from logs to coffee grounds. Some of the most common substrates (ranked from best to least optimal) are:

Here are the steps for preparing the substrate from rye berries:

EFFECTS of Psilocybe Mexicana
All magic truffles contain a high dose of psilocybin, so the effects are all more or less similar. Some sources suggest that one variety offers more ‘visuals’ than others, or that another is more ‘talkative’. But such variations mainly depend on consumers and their expectations. The effects will be felt 15-45 minutes after consumption, depending on the dose and what you have eaten before, and will last 4-6 hours. A typical trip consists of an intense period, stagnation and a gradual descent to sobriety. Effects include: hilarity, change in perception of colours and sounds, introspective thoughts, feeling of universal connectivity, waves of energy running through your body, vivid visions with closed eyes.

WARNING
Do not use if you are pregnant or breastfeeding, if you are depressed or if you are undergoing medical treatment or in combination with other stimulants or alcohol. Avoid driving motorized vehicles. Not suitable for under 18s. If it’s your first time, it’s best to stick with an experienced friend in case you get anxious or nauseous. Do not take a dose again for at least a week – not because it is dangerous, but because it is a waste of money! The body quickly builds up a tolerance against psilocybin, so taking a dose too soon after the previous one will have no effect.

Be the first to review “Psilocybe Mexicana” Cancel reply